I baked my mom’s famous cookies last night. My kids have gotten used to them as part of their lunch, and they would be disappointed without one. I had “Mom Tate” cookies in my lunch every day while growing up, so I know the feeling.

Mom Tate cookies are one of a kind, but Mom has always been happy to share the recipe. After emailing the recipe to one of our carrier reps a few years ago, I received a quick reply that said, “that’s too complicated for me.” Actually, the recipe only has 8 ingredients. They’re the same ingredients probably found in every chocolate chip cookie recipe. Anyone can mix 8 ingredients together, right?

The difference is in how my mom puts those ingredients together, so in my email I included details such as: sift the flour, use a silver cookie sheet, and (most important) when you roll out the cookie dough be sure to have a little flour on your hands. It was this detail that the reader found discouraging, but these are vital steps! Originally, my mom may have put a little flour on her hands just to keep the dough from sticking. But that extra flour on top of the dough while it bakes is what gives the cookies the cracked finish. They’re just not the same without it. Details matter.

How does making cookies turn into an insurance blog? When we at Venture Insurance Group are asked to help a client, we follow a detailed process. I’ll use Medicare planning as an example, but the same holds true for health, life, auto, home, and all other lines of insurance as well. With Medicare, all of the plan information is publicly available. Anyone can shop plans on Medicare.gov just as anyone can mix 8 ingredients to make cookies. But which plans include your doctor in their network? Which plans cover your drugs? And where can you get Medigap rates since they’re not listed on Medicare.gov? Those are additional steps that we take in our process to make sure your plan is right for you.

I took my mother’s cookies for granted while I was growing up. As I got older, I assumed the dough for sale off the shelf would be just as good. I mean – who doesn’t like the dough boy commercials? But even though “off-the-shelf” cookies are good, they just lack that detail that puts them over the top. Had I never tasted Mom Tate cookies, I never would have known what I was missing. 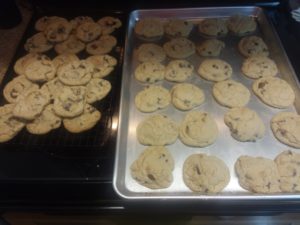 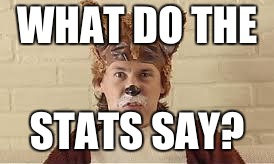 We are so excited to add Crystal to our Health Insurance team! Crystal will be joining Jonathan Tate to help better serve our clients. With Crystal’s background as a LPN she will be a great asset to the agency and our clients. 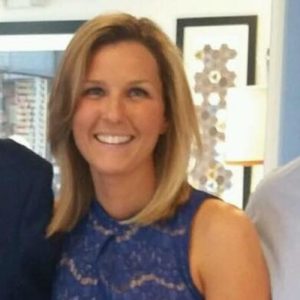 One of our newest and favorite client service feature is the ability to text us.

We are extremely excited to launch our new name and logo for Venture Insurance Group.

Why Venture Insurance Group?  No, the agency wasn’t sold!  For many years I have been asked “what does KC stand for” and I could never answer that question, because I don’t know.

One of our top priorities at Venture Insurance is keeping up with the changing needs of our clients. The agency has gone through many changes over the last 10 years in an effort to offer more products and enhance our technology.  I never felt the branding of the agency represented who we were and the direction we are taking.

I love the thought process that we are all on our own life adventure and we all live in many different ways.  Needs vary from person to person and we understand that.

Life is an Adventure. Protect it.

KC Insurance Agency Group is re-branding!
We are working hard to make your life easier.

Some things to look forward to:

We are excited about these changes and hope they prove successful to help you save time and have more protection for your possessions, giving you peace of mind.

Keep watching!  These changes will be coming soon! 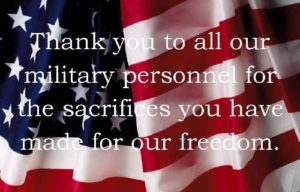 Time spent with family is worth every second! With all that is happening in this world we have decided to close on May 26th and will reopen on May 30th to spend time with our families. We hope you all take the time to appreciate the loved ones in your life.

If you need to make a claim or a payment you can go directly to your carrier’s website.

Have you heard of the Medicare Access and CHIP Reauthorization Act (MACRA) of 2015? In an effort to combat identity theft, Medicare and the Railroad Retirement Board will mail out new Medicare cards with a new Medicare number beginning in April of next year (2018). The new number will have both numbers and letters. Instead of being your social security number as it is currently for most people, it might look something like this: “1EG4-TE5-MK73”

Medicare and Social Security are important topics to those getting close to retirement and those already in retirement. Why?

Because medical expenses are a great risk to one’s money that has been set aside for retirement. Unfortunately in most situations social security is not sufficient to maintain ones “ideal retirement”.

I recently spoke at the Kiwanis Club of Mt. Clemens and the audience was surprised to learn that while the maximum social security check one could receive is $2,639 (if you maxed out your earnings limits for a number of years), the average check a couple receives is $2,212 or $1,341 for an individual.

Can you pay all your bills on $2,212 every month or do you need to dip into savings?

Most people have to dip into savings. Medicare is a major-medical program covering 80% of expenses, with several ways to cover one’s 20% copay and the various deductibles. If you are frustrated with your Medicare coverage, call our office! We have some of the most experienced agents with Medicare that you’ll probably ever meet.

If you’re afraid of running out of money in retirement call me, Al Acitelli at 248-789-0750 or alacitelli@gmail.com. There are several ways of stretching your money.

But do you really know how long the money and income you have really will last? I’ll be posting a new video soon that shows the major impacts on your ability to stretch savings and income over one’s lifetime.

Good luck fitting in all that embodies a business degree, commercial professional designations, leadership training, and countless hours of self-study and professional life experiences in to an app. Just saying…

Ease of business and customer service is not dead and does not require a flashy icon on an electronic device to work. Now to avoid a black lash of “what rock do you live under”, let me be very clear that applications are useful, provide instant gratification for a number of things and are a very critical part of who we are as an evolving technical society.

The insurance industry as a whole is changing. The Baby Boomers are approaching retirement, if they have not already, either passing their agencies down to family or selling. A new generation of millennial agents and owners will be consuming the industry from both a broker and carrier end. How will the business transaction between agent and business owner change? Will it be more informal as so many avenues are now available to talk less and type more?

When I was young, my father taught me how to properly shake hands. He explained what a firm, close encounter such as a handshake meant in the business world. My handshakes represent the beginning of a relationship; the strength I use symbolizes my fighting effort to use all I have to get you, my client, to where you need to be. This includes all the customer service you can handle!

There will never be an app for that. For the face to face meeting, reading body language, that handshake. Don’t buy your insurance like you buy your shoes. If it’s cheap and fast, it’s probably not good.